This is the 5th chapter of

I will be releasing 1 chapter online a day for 40 days.

Click Here to read the full book from the first chapter

A hero is no braver than an ordinary man,
But he is brave five minutes longer.

People are happy when they see progress.

When they feel that tomorrow will be better than today.

The unfortunate part about plateaus is they are so often misinterpreted as the end of growth.

The deterioration of tomorrows.

A lesser version of today.

The start of the end of happiness.

And they are where dreams so often die.

True belief is not believing when times are good;

true belief is having faith in the midst of despair.

The reward is in the struggle.

When asked why he was able to solve problems so adeptly, Albert Einstein replied,
“I just stay with problems longer than anyone.”

I’m sure Einstein faced many plateaus in his work, but what made Einstein, Einstein, was his ability to believe and persevere through the plateaus when others would have quit.

It rewards those loyal to belief.

I have come to learn that one must use plateaus as a time to rededicate, re-commit and re-strategize.

One is best served to use the temporary stoppage of growth as a pause; a time to get some fresh oxygen into your brain.

A time to reignite belief, confidence and enthusiasm in order to start again with new data, a second time; a third time, or however many times it is necessary.

That is the only answer.

Chapter 6 – Life is a Marathon

Synchronicity is the 4th book in the “Every Breath is Gold” Memoir series. 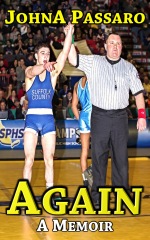 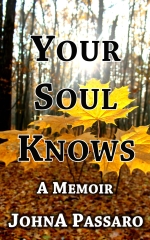 All of JohnA Passaro’s books are available at these fine online stores: